Meet Daisy. She did her first training walk today and really highlighted to me one of the biggest changes in my dog training processes over the last 10 years.

When i first started training i remember being told about the dangers and issues associated with dropping or delivering food on the ground. “The dog will get distracted”. “You’ll never get his nose off the ground “. “The dog will think the reward comes from the ground, not from you”. As a result, for some time i was careful not to drop food- either deliberately or accidentally- when training.

The more important the training skill was, the more careful i was with how i delivered the food to the dog. So it was when free shaping a somewhat meaningless, unimportant trick one day that i decided to see what would happen when i threw the food rewards instead of delivering by hand. The initial reason was two fold- to try to set the dog up for the next repetition more efficiently and without the dog knowing AND to stop my hands getting covered with slobber..

What was interesting was the immediate improvement in the dogs level of motivation – the more movement i created in the dog by throwing the food to them or to the ground, the keener the dog became to train. This became a fundamental of my free shaping training. It also meant i could be still and relaxed while the dog bounced around and was excited- there was no need to try to “settle the dog down” and there was no struggle between me and the dog- they could be as excited about the reward as they liked without then having to moderate HOW they took the reward from me. Ultimately sessions were more fun- for me AND the dog.

It wasn’t too long before this way of delivering food bled into other types of training – from obedience to puppy training to serious behaviour modification with dogs who were anxious or aggressive with super benefits for all. So before you do your next training session consider the following super benefits to throwing your food rewards-

Eliminates grabbing, snatching and slippery, slobbery hands!
Throwing food allows dogs to move, to be excited, playful, animated etc. Therefore in situations where the dog clearly has an inability to be still, throwing food is a great way to “move behaviour in the right direction” whilst we simultaneously teach better impulse control. For example- Daisy today was super excited upon seeing another dog. There was no chance of a successful sit stay or heel as the other dog walked by- those skills and impulse control will take time to teach and build. So what to do in the meantime? By throwing the food rewards where i wanted Daisy to be, she moved into that space and bounced and played as the dog went by. Most importantly she bounced and played with me- a moment of focus followed by the cue “Get it” and a thrown food reward. The moment her nose came off the ground after getting the reward- “Get it” and a food throw in the other direction. This method not only allowed Daisy to have a great time but also means that over time, the presence of another dog (or any distraction) becomes a trigger for games with the handler rather than a cue for pulling on lead, jumping, lunging etc.
Any handler can learn to throw food rewards to good effect- you don’t need to be strong, experienced or tough!
Throwing food moves the dog, meaning we get the added benefits of increased physical exercise!
Need a higher level of motivation from your dog? Throwing food makes the reward more exciting- no more boring food!
Higher rates of reward are easy using thrown food AND throwing food allows you to position the dog wherever you like. Have a dog that tends to lag behind? Throw the food in front to create a forward way of thinking. Dog surging and forging ahead? Drop the food behind them to encourage them to drop back.
Throwing food encourages dogs to use their nose- dogs who use their nose discover more about their environment AND stay more relaxed- that’s why this type of reward is so perfect for reactive or anxious dogs. Dogs react with their eyes, it’s time to switch their nose on!!
Dogs are clever enough to know that the food reward is still coming from you AND that it’s still contingent on their behaviour – I promise you they won’t get more interested in the ground if you use the power of the thrown food reward to your advantage!

It’s time to throw your food rewards away!! 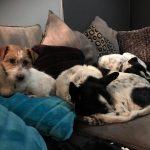 Going Urban and How to Keep Man’s Best Friend in the Process. 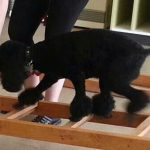 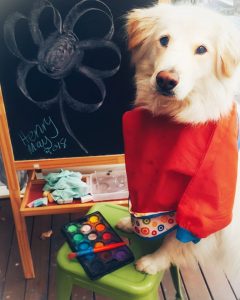 About To Train Your Dog? DON’T! (read this first) 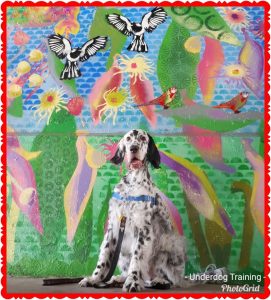 Is Your Dog Home Alone? 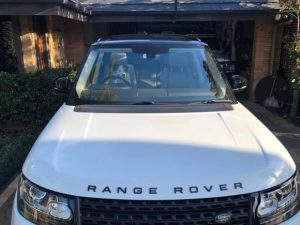 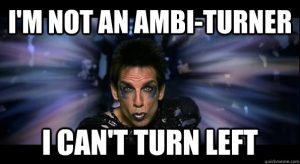 The Value of Turning Left

As Melbourne moves through an easing of restrictions, we are permitted to operate many of our services in a limited capacity. We encourage you  to enquire about training for your dog but ask for your patience as we work through our waitlists and set new dates for classes. We look forward to being of assistance to you and your dog as soon as we are able to.